Talk and screening: Palestinian Cinema: Solidarity Through Film, with Researcher and Filmmaker Khadijeh Habashneh (Amman/Ramallah).
As part of The Eros Effect: Art, Solidarity Movements and the Struggle for Social Justice.

Palestinian Cinema: Solidarity Through Film focuses on film produced in the 70s and 80s, reflecting on how filmmakers and cinematic practices were pivotal in political engagement and international solidarity with Palestine.

This event is a collaboration between the Curating Art Master Programme at the Department of Culture and Aesthetics at Stockholm University and Tensta konsthall, and is organised by Alba Baeza, Aleksei Borisionok, Gerald Heffernan and Jasmine Hinks.

Read an article by Khadijeh Habashneh

Watch the trailer of Off Frame AKA Revolution Until Victory

Role in the project 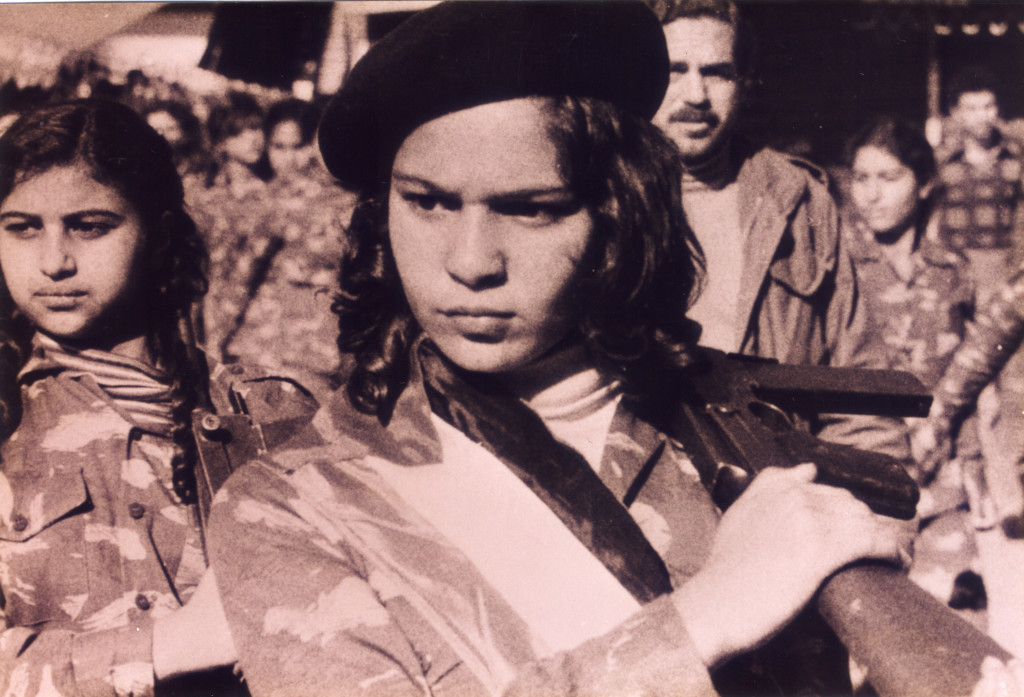 Still from Off Frame AKA Revolution Until Victory (dir. by Mohanad Yaqubi, 2016), courtesy of Idioms Film.
Previous project
Next project